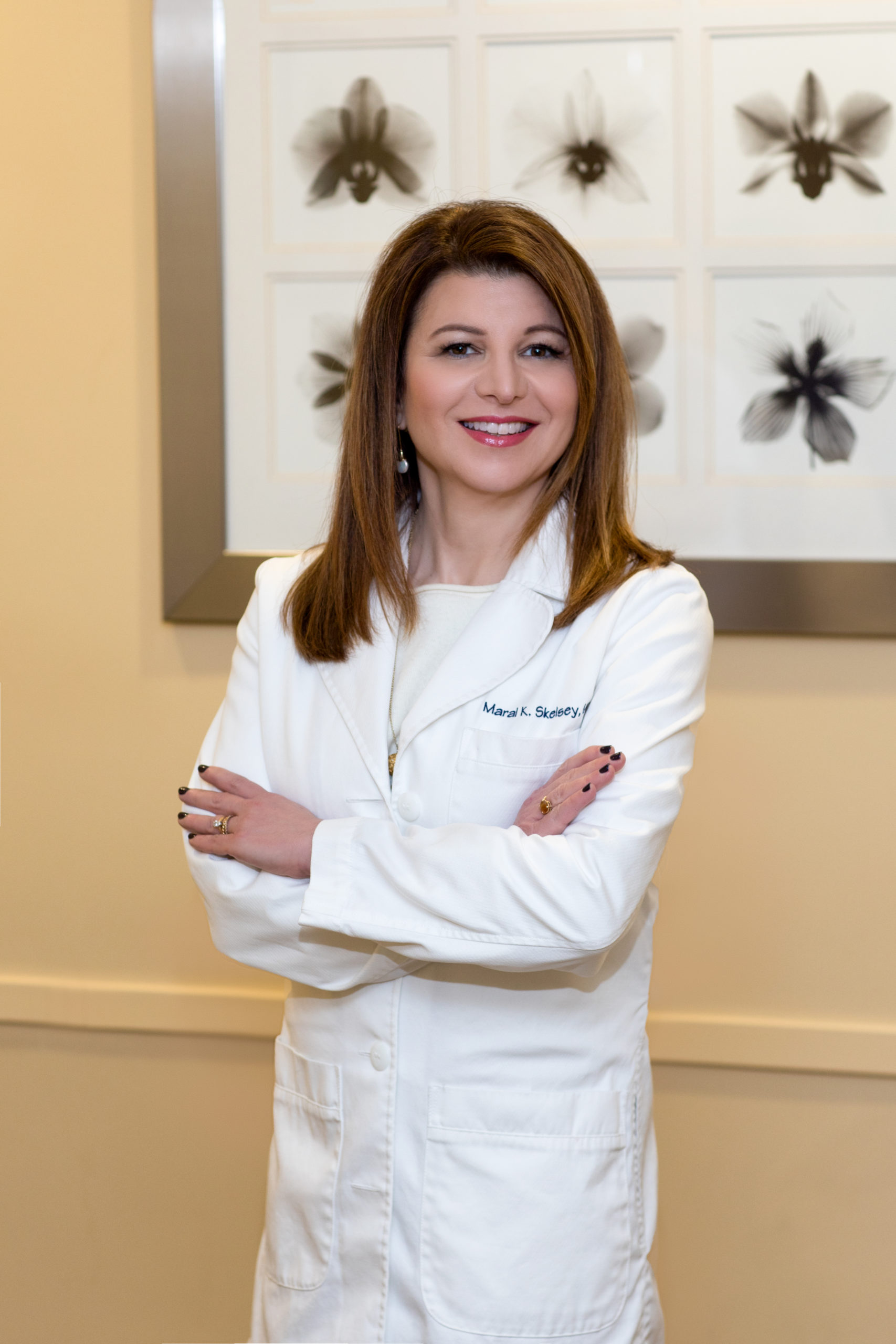 The Dermatologic Surgery Center of Washington

Maral Kibarian Skelsey, MD is Director of the Dermatologic Surgery Center of Washington in Chevy Chase, MD. Following her graduation from Wesleyan University with a degree in Chinese History and Language, Dr. Skelsey studied the similarities between Western and Eastern medical education in China. Upon returning to the US, she continued research at the National Institutes of Health (NIH) in 1987 where she distinguished herself for her work in neuroimmunology. She graduated with honors in 1991 from Washington School of Medicine in St. Louis, rated by US News & World Report as one of the nation’s top ten medical schools. After completing an internship at Georgetown University, she returned to Washington University in St. Louis for her residency in the Division of Dermatology where she performed research on metalloproteases, a key component in the structure and development of the skin. She served as Chief Resident in Dermatology from 1994 to 1995. She was then awarded a year-long fellowship through the American College of Mohs Surgery at the University of Alabama in Birmingham. There she trained under director Gary Monheit, MD, who is past president of the American College of Mohs Surgery, the American Society of Dermatologic Surgery, and the American College of Cosmetic Surgery. Recognized as one of Washington DC’s top doctors in a recent Washingtonian magazine survey of her medical colleagues in the greater Washington DC community, Dr. Skelsey is a Fellow of the American College of Mohs Surgery. She has unique training in dermatology, pathology and reconstructive surgery. Her specialization enables Dr. Skelsey to restore the natural appearance of the patient following cancer surgery, provide corrective procedures for patients interested in enhancing their appearance, and has made her a leader in dermatology for more than 20 years. Dr. Skelsey is Clinical Associate Professor of Dermatology at Georgetown University Medical School and was founding director of the Mohs Surgery Unit. Her research is focused on gene expression profiling for melanoma; noninvasive detection modalities for skin cancer and the relationship between Vitamin D and skin cancer. She speaks regularly at professional meetings on her findings. Dr. Skelsey completed her training in 1996 and assumed the position of Director of Laser and Dermatologic Surgery at George Washington University Hospital in Washington, DC in 1997. She founded the Dermatologic Surgery Center of Washington in 2003.