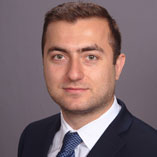 Raised in Glendale, CA, Dr. Derhartunian has always had a passion for medicine. Growing up in the tight community, he spent most of his childhood helping his father at a local pharmacy. There, he not only learned a vast array of different pharmacokinetics, but also strengthened the bond with the community in which he dreamed of serving. Dr. Derhartunian\’s career began in Glendale at R.D. White Elementary School where him and Dr. Tovmassian became instant friends. He then went on to complete his education at Woodrow Wilson Middle School followed by Glendale Senior High School. After obtaining a Bachelors in Science in Biochemistry from the University of California at Santa Barbara, Dr. Derhartunian attended Ross University Medical School. He completed Internal Medicine Residency at NYU-Lutheran Medical Center in Brooklyn, NY. His main focus in medicine is a preventative approach with a emphasis on evidence based medicine.